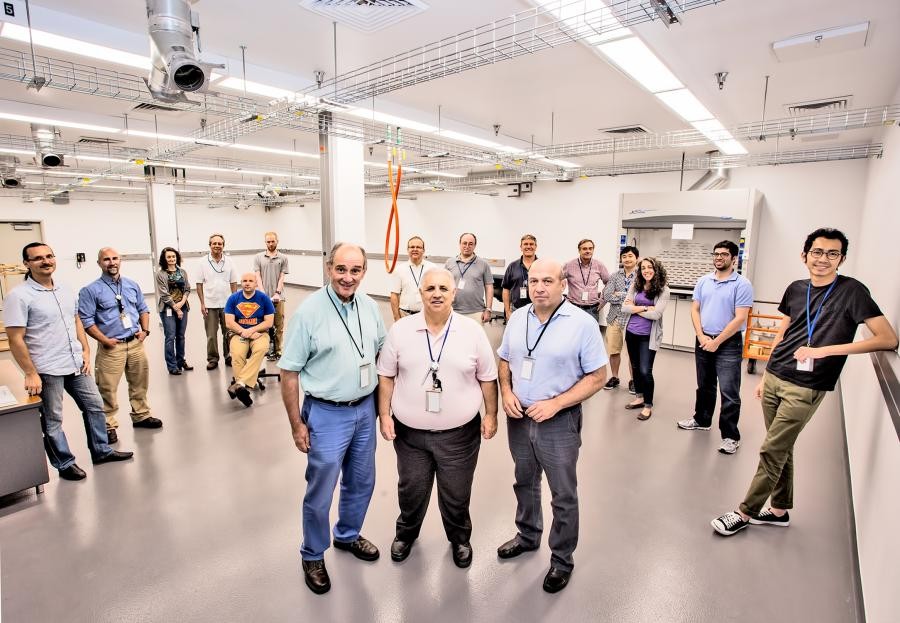 Plasma—the hot ionized gas that fuels fusion reactions—can also create super-small particles used in everything from pharmaceuticals to tennis racquets. These nanoparticles, which measure billionths of a metre in size, can revolutionize fields from electronics to energy supply ... but scientists must first determine how best to produce them.

After more than two years of planning and construction, the U.S. Department of Energy's Princeton Plasma Physics Laboratory (PPPL) has commissioned a major new facility to explore ways to optimize plasma for the production of such particles. The collaborative facility, called the Laboratory for Plasma Nanosynthesis, is nearly three times the size of the original nanolab, which remains in operation, and launches a new era in PPPL research on plasma nanosynthesis. Experiments and simulations that could lead to new methods for creating high-quality nanomaterials at relatively low cost can now proceed at an accelerated pace.

Nanomaterials exhibit remarkable strength, flexibility and electrical conductivity. Carbon nanotubes, found in sporting goods, body armor, transistors and countless other products, are tens of thousands of times thinner than a human hair and stronger than steel on an ounce-for-ounce basis.

Plasma could serve as an ideal substance for synthesizing, or producing, nanomaterial. The new laboratory will study so-called low-temperature plasmas that are tens of thousands degrees hot, compared with fusion plasmas that are hotter than the 15-million-degree core of the sun. These low-temperature plasmas contain atoms and free-floating electrons and atomic nuclei, or ions, that can be shaped by magnetic fields to provide reliable, predictable and low-cost synthesis of tailored nanoparticles.