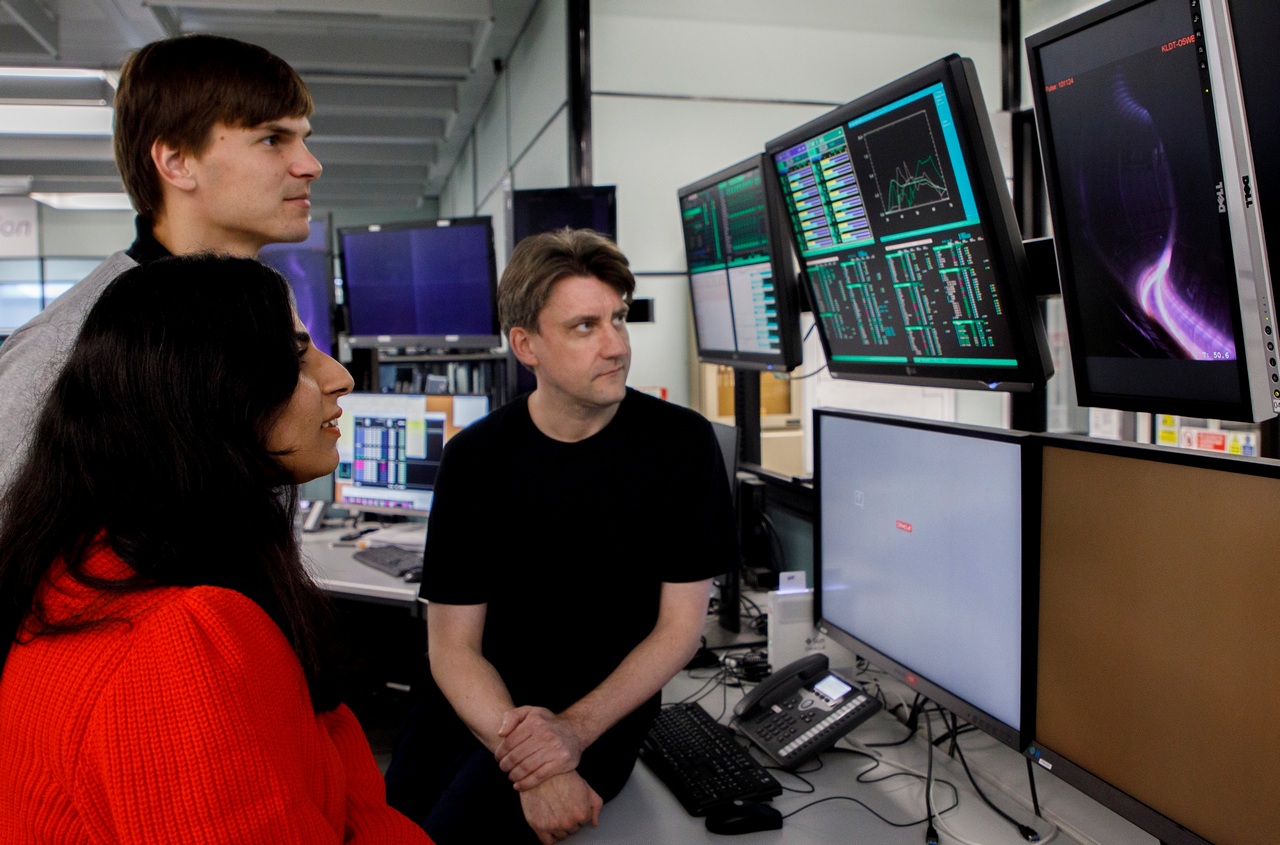 EUROfusion researchers are using the famous JET machine to conduct a series of tests using helium to help inform future operations at ITER, the fusion mega-project under construction in Southern France.

ITER is expected to start operations using helium and hydrogen test plasmas before commencing experiments with deuterium and tritium, the more efficient fuel used by JET to break the world record for sustained fusion energy at the end of 2021.

EUROfusion researchers will study the behaviour of the plasmas as well as test the impact of helium on JET’s tungsten and beryllium wall to help ITER efficiently build up to full power operations. The new experiments at Culham Science Centre, Oxford, started this month and will run for up to 16 weeks.

Dr Tim Luce, ITER’s Head of Science and Operation, said:
“An essential element of the ITER Research Plan is to explore control of the plasma interaction with the wall at high fusion temperatures. This needs to be addressed in the initial research phases before deuterium and tritium are used to produce fusion power in ITER.

“We have great expectations for how these experiments can help us optimise our plan to move as efficiently as possible into deuterium-tritium operation.”

JET is unique in its capabilities not only for deuterium-tritium operation, but also for operating in the required high confinement mode with pure helium and with the ITER wall materials.

Fernanda Rimini, JET Senior Manager, said:
“The ground-breaking research and innovation being done in the UK, in the framework of the EUROfusion consortium and with our partners across the globe, is all geared towards making fusion energy a reality.

“JET is one of the most important machines in the history of fusion. After breaking the record for sustained energy last year, these important new experiments will prove more science and provide crucial data for the ITER team as they prepare for operations, ultimately saving time and money on our roadmap to delivering fusion power to the grid.”

Record JET results announced in February were the clearest demonstration worldwide of the potential for fusion energy, which is based on the same processes that power the sun and stars, to deliver safe and sustainable low carbon energy in the future.

The record fifty-nine megajoules of sustained fusion energy was produced at JET by researchers from the EUROfusion consortium of experts, students and staff from across Europe, co-funded by the European Commission.