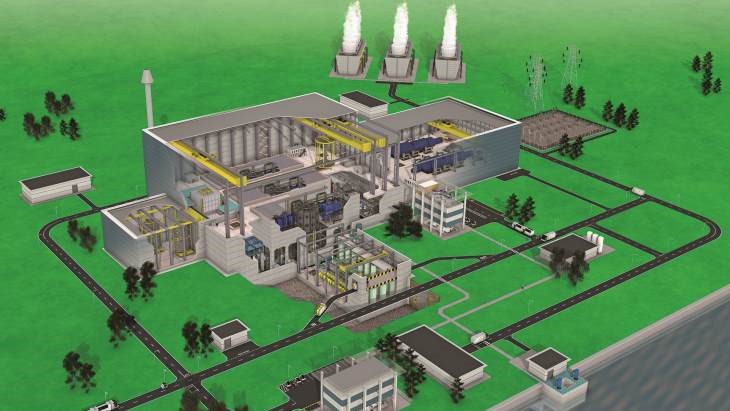 The UK government has committed GBP220 million (USD270 million) over four years for the conceptual design of the Spherical Tokamak for Energy Production (STEP). The STEP programme aims to construct a fusion power plant based on the design by 2040.

Andrea Leadsom, the UK's Business and Energy Secretary, announced the investment during a visit to the UK Atomic Energy Agency's (UKAEA's) Culham Science Centre in Oxfordshire, England. The UKAEA is the UK government research organisation responsible for the development of nuclear fusion.

The STEP programme will develop and identify solutions to the challenges of delivering fusion energy, benefitting from UKAEA's expertise and research facilities to deliver an integrated concept design. The technical objectives of STEP are: to deliver predictable net electricity greater than 100 MW; to innovate to exploit fusion energy beyond electricity production; to ensure tritium self-sufficiency; to qualify materials and components under appropriate fusion conditions; and to develop a viable path to affordable lifecycle costs.

In August, the UK government announced GBP20 million for the first year, launching STEP as a collaborative programme that combines the strengths of UKAEA, universities and other organisations.

UKAEA said the latest investment will allow engineers and scientists to produce a conceptual design for the tokamak reactor that will generate fusion energy and convert it to electricity. The design should be completed by 2024, it said.

The STEP programme will create 300 direct jobs, UKAEA noted, with even more in the UK fusion supply chain. "In addition, the spin-offs from the design work are expected to be enormous - both in terms of synergies with other fusion power plant design activities (such as Europe's DEMO prototype power station) and other hi-tech industries."

STEP builds on UKAEA's expertise in developing 'spherical tokamaks' - compact and efficient fusion devices. The new Mage Amp Spherical Tokamak Upgrade (MAST-U) spherical tokamak experiment is due to start operation at Culham in early-2020. Its work will play a key role in the STEP design.

Announcing the latest funding, Leadsom said: "This is a bold and ambitious investment in the energy technology of the future. Nuclear fusion has the potential to be an unlimited clean, safe and carbon-free energy source and we want the first commercially viable machine to be in the UK."

Photo: How a plant based on the STEP fusion reactor could look (Image: UKAEA)