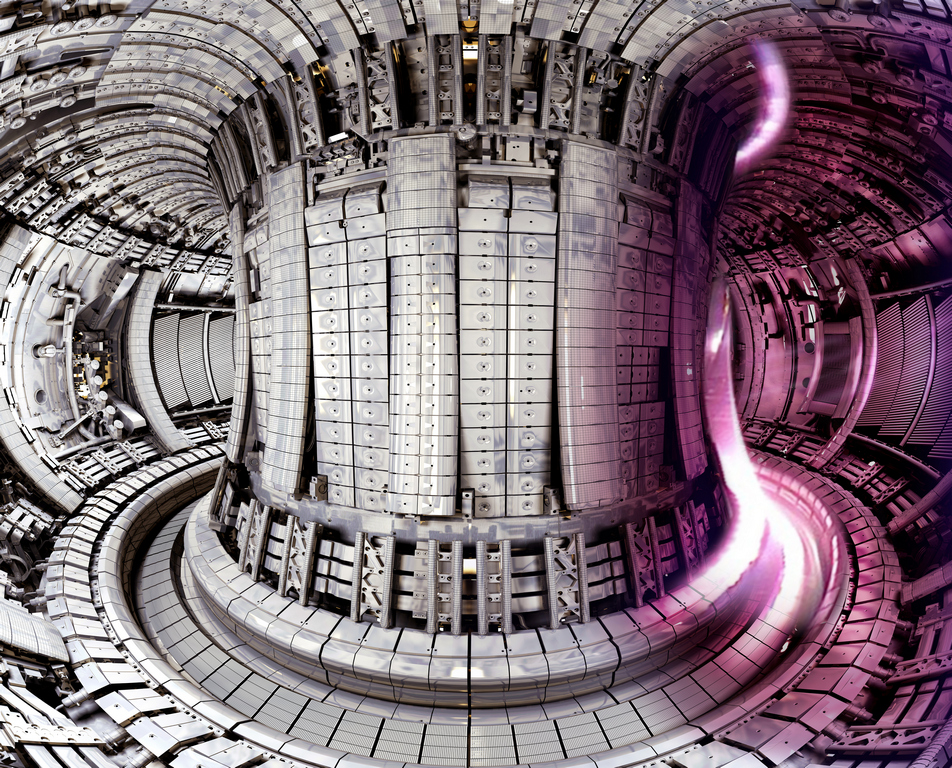 In the present JET campaign, the experiment M18-05 is allocated a total of six experimental sessions. The first of them was carried out this Wednesday. It was dedicated to demonstrating sawtooth pacing with ICRF power under real time control in good confinement H-mode plasmas. The aim is to provide a tool for reducing central plasma impurity content and improving plasma stability. Overall, the session went very well, achieving a total of 12 plasma discharges with up to 6 MW of ICRF power and 20 MW of NBI.

After the present JET campaign in deuterium (D) fuel, a tritium (T) campaign is planned. These campaigns are made in preparation for the eventual D-T campaign with a fusion reactor relevant 50%-50% D-T fuel mixture. It will be the second D-T campaign at JET; the first D-T campaign at JET was carried out in 1997. The production and physics of born alphas (He-4) at 3.5MeV due to D-T fusion reactions will be tested and assessed with the ITER-like-wall made of beryllium (Be) and tungsten (W). As high-performance discharges are sought, the control of high-Z impurity transport will play a key role during this campaign. (...)