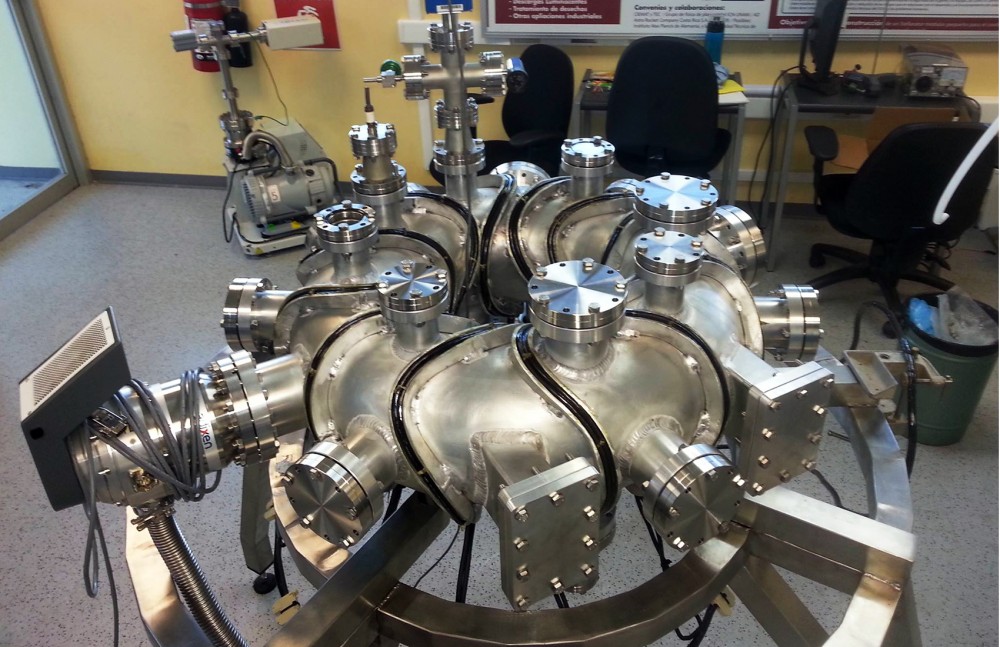 Researchers at the Technology Institute of Costa Rica (TEC) announced the first discharge of high temperature plasma in Latin America on 29 June 2016, joining an elite group of countries who have made advances in harnessing nuclear fusion to produce clean energy.

To produce the discharge, TEC physicists used a device called a stellarator built on the university’s campus in Cartago province.

The first discharge of Costa Rica’s Stellarator-1 (SCR-1) lasted only 4.5 seconds but is considered the most complex applied physics research conducted in the country, TEC officials said during a special ceremony held on 29 June 2016 and broadcast live.

Costa Rica is just the sixth country in the world to have developed a stellarator, along with the U.S., Japan, Spain, Australia and Germany, according to a news release from TEC.

The scientific achievement took six years of research and an investment of $500,000.

Iván Vargas, coordinator of TEC’s Plasma Laboratory for Fusion Energy, said that one gram of energy from the stellarator can generate up to 26,000 kilowatt hours (kWh), enough to power 80 homes for a full month. Plasma technology opens the possibility to generate 100 times more power than a hydroelectric plant.

According to Vargas, plasma is seen by many in the scientific world as the energy of the future — clean and theoretically inexhaustible.

“It’s a special moment for us,” Vargas said. “The SCR-1 is the only [stellarator] in Latin America and one of the few in the world devoted to research of plasma as a future energy source,” Vargas told a group of scientists from various countries who came to Costa Rica to witness the historic first discharge.

In February, German scientists made the first test with their own stellarator in a special ceremony in which Chancellor Angela Merkel was in charge of switching on the first hydrogen plasma.

How does a stellarator work?

A stellarator uses magnets to confine hot plasma in order to sustain a controlled nuclear fusion reaction. The stellarator looks to reproduce the energy of stars, which are natural fusion reactors.

In stars, the force of gravity and high temperatures fuse together the nuclei of atoms, releasing energy. “We’re recreating on Earth the system used by the universe to generate its main energy source,” Vargas said.

“We must understand that [plasma] is universal, all the stars in our universe produce energy from fusion,” he said, adding that it’s a safe and environmentally-friendly source of energy that doesn’t generate greenhouse gases.

It’s also theoretically an unlimited source of energy, using hydrogen, the most abundant element in the universe.

David Gates, the stellarator physics leader at Princeton’s Plasma Physics Lab (PPPL), sent a video message to Costa Rica, in which he welcomed the country to the small group of nations that have managed to produce high-temperature plasma.

“We welcome Costa Rica to the world of international collaboration in physics and stellarator reactors,” Gates said. “We’re very excited to continue the cooperation between our two universities,” he said. TEC’s Iván Vargas is currently doing an internship at the Princeton lab.

Government officials, professors, students and other special guests observed the experiment through the live broadcast from one of TEC’s campus auditoriums.

Vargas said the first test was aimed at controlling the plasma discharge. Researchers also wanted to verify the stellarator’s capacity to control plasma temperatures, which reach above 300,000 degrees Celcius (540,000 Fahrenheit).

Researchers will now focus on the engineering aspects of the device and the physical properties of the plasma it can create.

“Then we will keep working on improvements to the device and in the future, we’ll focus on improving its capacity,” Vargas said.

Plasma applications go beyond energy. There are ongoing investigations of plasma for use in medicine for cancer and skin treatment, and dentistry.

Plasma also has potential for use in the textile industry, for water purification, waste treatment and for energy generation through plasma gasification.

Chang’s VASIMR plasma engine is currently in the testing phase and is considered the leading rocket propulsion technology for taking the first manned mission to Mars.