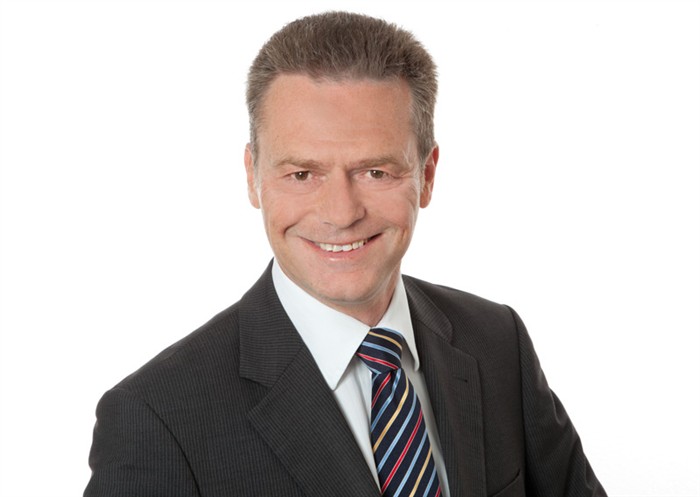 Johannes Schwemmer has been appointed Executive Director of Fusion for Energy, the European Joint Undertaking for ITER and the Development of Fusion Energy.

Joaquin Sánchez, Chair of the Fusion for Energy Governing Board, thanked all members for their collaboration in taking this important decision and congratulated Johannes Schwemmer on his new position. “We look forward to working with you and offering our guidance so that Europe honours its commitment in the various projects that aim to bring fusion energy closer” he stated.

"It is a great honour to be appointed Director of Fusion for Energy and to serve this organisation with leadership, loyalty and vision. I’m fully committed to managing effectively the European contribution to ITER, this unique global collaboration that has the ambition to make fusion a viable option for abundant and clean base load energy supply” Schwemmer said.

Johannes Schwemmer has been working in the fields of information, telecommunications and business technology for more than 25 years. He has a proven track record in international collaboration, project management and business strategy. He is currently a partner at Antevorte, a German consultancy specialising in performance management. Previously he worked for eight years at Unify GmbH & Co. KG, a global market leader in unified communication solutions present in 100 countries, where he held different positions as Vice-President for Global Project Management and Service Optimisation, and Vice-President for Global Training. Earlier in his career he worked at Siemens Business Services, as Vice-President for Risk Management and Strategic Alliances Management. He holds a European Joint Degree in Electrical Engineering from the University of Karlsruhe (KIT), Germany, in collaboration with the University of Essex, UK and ESIEE Paris, France.

The Director is appointed by Fusion for Energy’s Governing Board for a period of five years, once renewable up to five years. The appointment is made on the basis of a list of candidates proposed by the European Commission after an open competition, following a publication in the Official Journal of the European Communities.

Fusion for Energy
Fusion for Energy (F4E) is the European Union’s organisation for Europe’s contribution to ITER.
One of the main tasks of F4E is to work together with European industry, SMEs and research organisations to develop and provide a wide range of high technology components together with engineering, maintenance and support services for the ITER project.
F4E supports fusion R&D initiatives through the Broader Approach Agreement signed with Japan and prepares for the construction of demonstration fusion reactors (DEMO).
F4E was created by a decision of the Council of the European Union as an independent legal entity and was established in April 2007 for a period of 35 years. Its offices are in Barcelona, Spain.
www.fusionforenergy.europa.eu

ITER
ITER is a first-of-a-kind global collaboration. It will be the world's largest experimental fusion facility and is designed to demonstrate the scientific and technological feasibility of fusion power.
Fusion is the process which powers the sun and the stars. When light atomic nuclei fuse together to form heavier ones, a large amount of energy is released. Fusion research is aimed at developing a safe, limitless and environmentally responsible energy source.
Europe will contribute almost half of the costs of its construction, while the other six Members to this joint international venture (China, Japan, India, the Republic of Korea, the Russian Federation and the USA), will contribute equally to the rest. The site of the ITER project is in Cadarache, in the South of France.
www.iter.org/