What do we know about the gigahertz electromagnetic pulses? 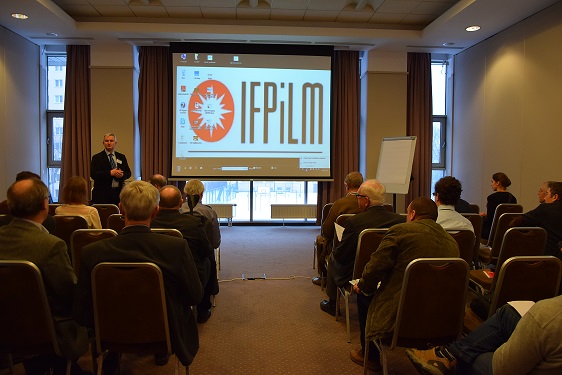 The mechanism of strong gigahertz electromagnetic pulses has not been well-known yet.

When high energy peak-off laser pulse is focused on the target, there is often the emission of very strong electromagnetic pulse operating in the GHz frequency. Electric Fields connected with such impulse can reach the value of hundreds of kV/m near the target, which seriously hinders the data acquisition with the use of electronic measuring apparatus and may even lead to the destruction of such apparatus.

While taking into account that in the near future in Europe a few advanced laser systems with high instantaneous power and high beam power will start work – such as PETAL and  APOLLON in France, ELI lasers in Czech Republic, Romania and Hungary, as well as VEGA laser in Salamanca – the problem of testing the nature of strong electromagnetic pulses emitted from laser plasma is a very urgent issue. It is necessary to make appropriate measurements with the use of currently available laser systems; creating theoretical models and numeric codes allowing to predict the strength of such impulses in various experimental conditions; and also establishing the techniques allowing the reduction of the strength of those impulses and limiting their harmful influence on the measurements.

For the acceleration of works towards this aim in March 2016 an informal meeting of the teams interested in this subject was organized. The meeting held in Warsaw on 20th January 2017 is the continuation and expanding the experience exchange started in 2016 in Bordeaux. The participants included the representatives of nearly all huge laser centers in Europe: CELIA (Bordeaux), RAL (Didcot), Imperial College (London), GSI (Darmstadt), ENEA (Frascati), CLPU (Salamanca), PALS (Prague), ELI-B (Dolni Brezany), ELI-NP (Magurele), ELI-ALPS (Szeged).

The organisers of the meeting were D. Batani and V. Tikhonchuk from CELIA as well as P. Rączka and M. Rosiński from IPPLM. More detailed information about the meeting is available on the website  www.emp2017.ipplm.pl