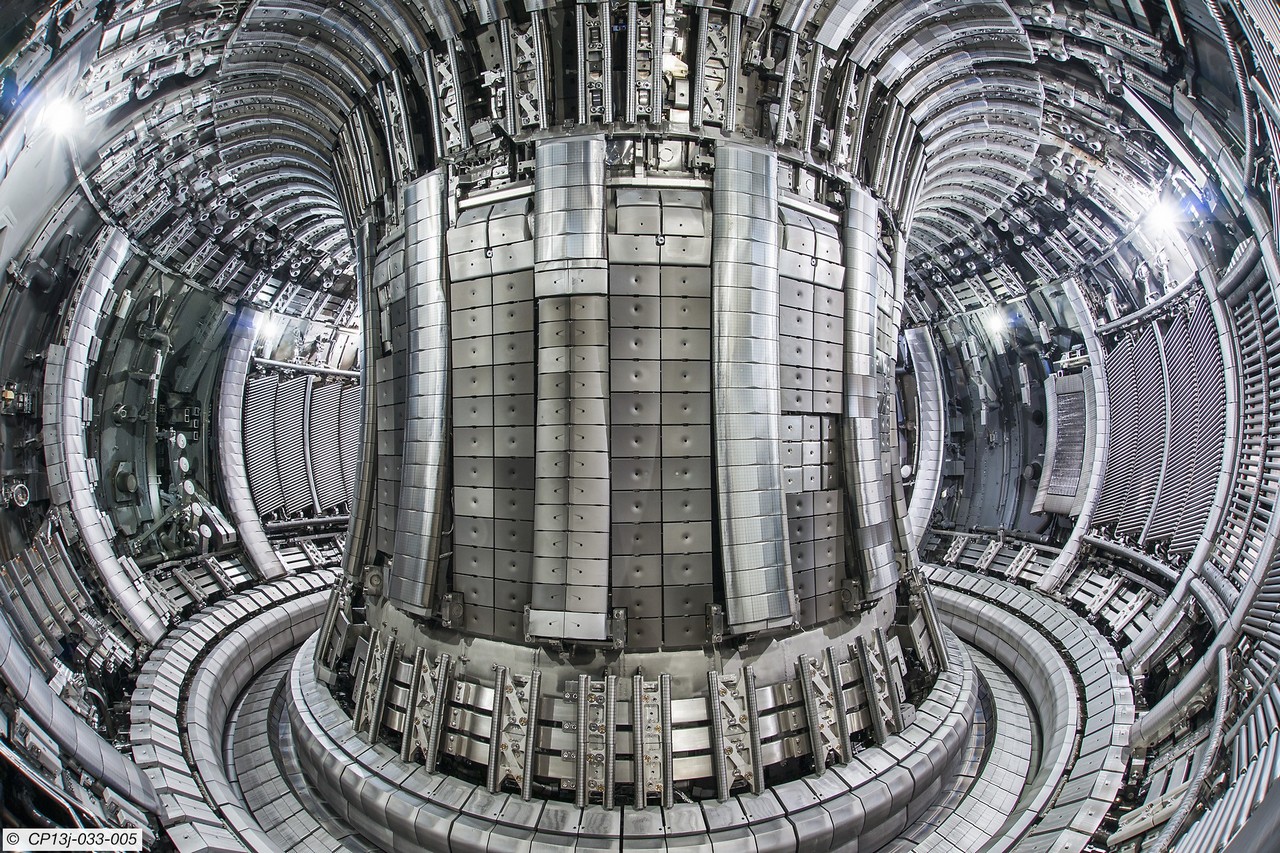 Weighing 2,800 tonnes, the same as three blue whales, the Joint European Torus (JET) is the largest and most powerful operating tokamak machine in the world, with its original design standing the true test of time. First put into action in the 1980s, it is operated by the UK Atomic Energy Authority at Culham Science Centre, Oxford.

The milestone experiment – known as a pulse – was this week completed by the EUROfusion consortium, a team of 4,800 experts from across the continent dedicated to realising sustainable fusion energy. The historic moment was filmed from inside the JET control room and is now available to watch below.

Fusion, the process that powers the sun and stars, promises a near-limitless green electricity source for the long term. Pound for pound, it releases nearly four million times more energy than burning coal, oil or gas, and has the potential to deliver safe and sustainable low carbon energy over the coming decades.

Professor Ian Chapman, CEO of UKAEA, said: “JET is one of the most important machines in the history of fusion energy research. We’re extremely proud to have been operating it here in Oxford on behalf of the EUROfusion consortium over the past four decades. Its longevity and successes have allowed us to break down many barriers on our mission to turn this ultimate science experiment into sustainable commercial power.

“It is clear significant changes are needed to address the effects of climate change, and fusion energy has huge potential. JET has inspired and driven physicists and engineers across the world to build invaluable knowledge and develop ground-breaking new technology through a staggering 100,000 live pulses. It is truly one of a kind, the best there has been, and will be remembered long into the future.”

The history of JET:

Prof Chapman added: “Reaching this milestone is testament to the ingenuity of the original design team and the operations teams who have upgraded and enhanced the machine so many times to ensure it continues to be the world’s foremost device – even after four decades of operation.”

Tony Donné, Programme Manager (CEO) of EUROfusion, said: “This year JET has been operating for 39 years and during all this time it delivered significant results. JET has been upgraded several times and its capabilities have been continuously enhanced to keep up with the latest developments in the field.

“The recent deuterium-tritium campaign has resulted in highly interesting scientific data that will help to optimise the operation and research plan of the international ITER experiment. In close discussion with ITER we are preparing for further experiments to be carried out in the coming years.”

JET is the only tokamak in the world capable of running experiments using deuterium and tritium, the two isotopes of hydrogen. It has been key to the development of its successor ITER, one of the biggest collaborative science projects in history and supported by 35 nations.

The larger and more advanced French-based experiment, ITER, which is expected to come into operation in the mid-2020s, plans to operate under similar conditions and will continue working towards demonstrating the scientific and technological feasibility of fusion energy.