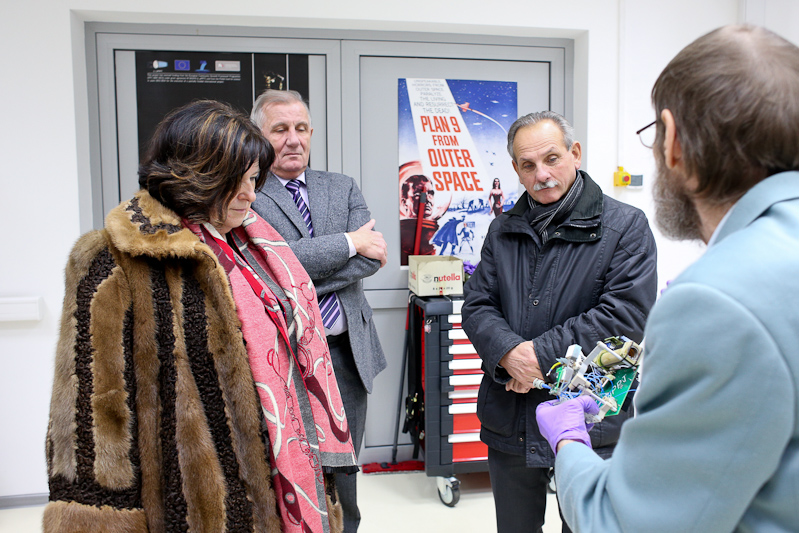 On 7th February 2017 the IPPLM Director had a pleasure to host the President of the NOT Federation of Engineering Associations Ewa Mańkiewicz-Cudny - the chief editor of the Technical Review together with her colleague Marek Bielski - a journalist of Technical Review and the chief editor of Devices for Energy magazine. The visit was organized so as to honor the long and fruitful cooperation between the institutions. What’s important, its date coincided with the jubilee period of two institutions – the celebration of 150 years of Technical Review and the 40 years of founding the Institute of Plasma Physics and Laser Microfusion.

While greeting the guests, the Director of IPPLM Andrzej Gałkowski underlined a significant contribution of Technical Review into the promotion of the Institute’s achievements in the field of plasma physics. Whle giving the welcome speech he expressed his acknowledgements for awarding Dr. Jacek Kurzyna with the title of Gold Engineer 2015; he also mentioned about the honoring of IPPLM by the Polish Federation of Engineering Associations with a commemorative plate and the best wishes of success and development for the Institute, as well as he underlined all other achievements in the implementation of the advanced technologies.

The visit traditionally started with the meeting with the managing Staff of the IPPLM, during which the professor Jerzy Wołowski presented the history and science contribution of the Institute into the development of research in plasma physics, nuclear fusion, satellite thrusters and related technologies. After the official part of the meeting there was time for presenting the scientific laboratories and equipment.