In February this year, one of the IPPLM staff, namely Dr. Katarzyna Batani, was appointed Editor-in-Chief of Laser and Particle Beams. LPB is an international journal which deals with basic physical issues of intense laser and particle beams, and the interaction of these beams with matter. The subjects covered include the physics of high energy densities, non-LTE phenomena, hot dense matter and related atomic, plasma and hydrodynamic physics and astrophysics, intense sources of coherent radiation, high current particle accelerators, beam-wave interaction, as well as research on pulsed power technology associated with beam generation.

Currently, the journal is going through a transition phase including changes in the Editorial Board and editorial politics. It is expected that this transformation will strengthen the position of the journal in the scientific environment and increase its impact. A vital part of it is providing researchers with fast, constructive, and excellent review of their papers. 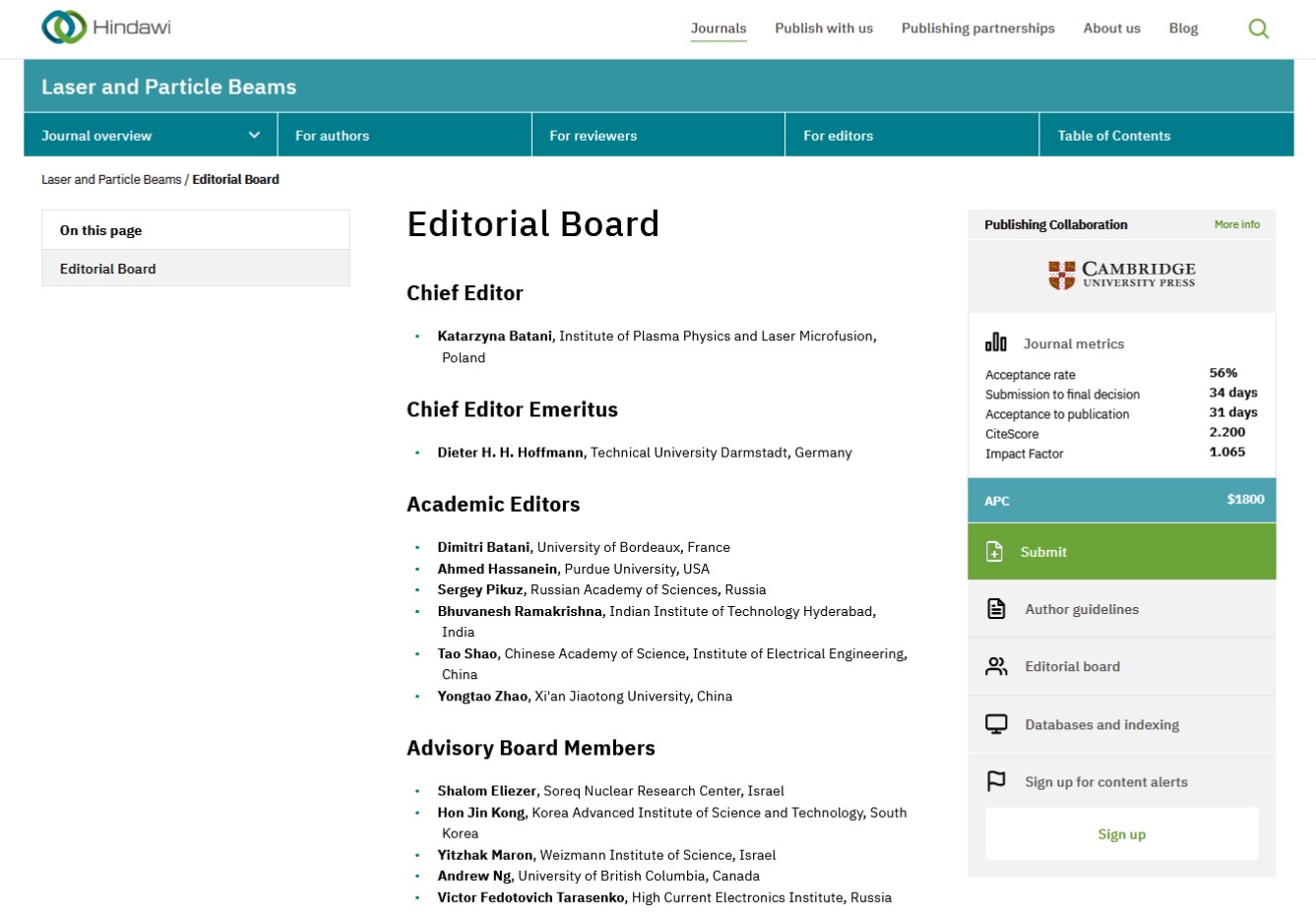