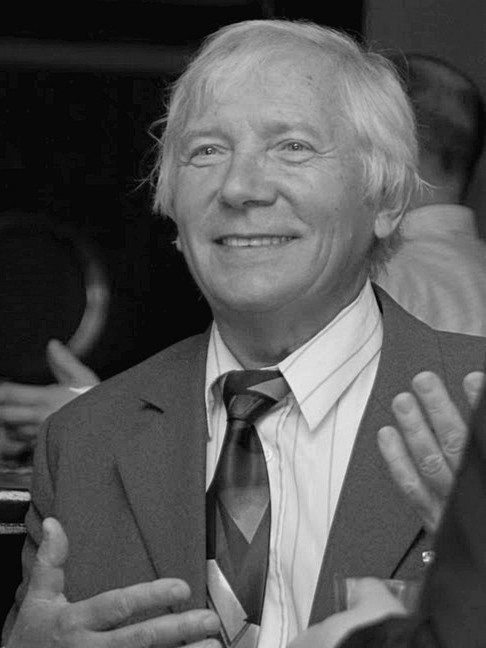 With deep regret and great sadness we learnt about the death of Dr. Andrzej Kasperczuk (1942-2020), a long-time employee of the Institute of Plasma Physics and Laser Microfusion.

Dr. Kasperczuk graduated from the Military University of Technology in 1974 and then started working as an assistant at the Faculty of Chemistry and Technical Physics at the Military University of Technology. He studied plasma generated in plasma focus devices. His first task was to develop and launch multi-frame laser interferometry and auxiliary optical diagnostics to study plasma. He also dealt with numerical methods necessary to process interferograms. Dr. Kasperczuk conducted many experiments which led to numerous publications, and their culmination came as a doctoral dissertation entitled "Interferometric studies of the formation and decay of the plasma cord in the plasma focus PF-150 device" defended in 1984. The team he joined dealt with the study of the structure and dynamics of the layer plasma. Joint efforts were awarded in 1989 by the Minister of Science and Higher Education.

Witnessing the great experience and effectiveness in performing research, the management of the Institute entrusted Andrzej Kasperczuk with a new important task, namely to manage the construction of laser interferometry for a large T-15 tokamak under construction in the former USSR. The team carrying out this task consisted of the IPPLM employees and those of the Institute of Precision and Optical Instruments at the Warsaw University of Technology. Unfortunately, the project was not completed as the T-15 tokamak construction program came to a close. The innovative ideas of solutions proposed for this interferometer were applied for other systems.

After 1990, the scientific activity of Dr. Kasperczuk focused on researching laser plasma, and particularly laser plasma in an external magnetic field.

The basic diagnostics used in this research was a unique 3-frame interferometric system co-authored by Dr. Kasperczuk. The system made it possible to obtain the time-space distributions of plasma concentration, allowing to study the influence of the external magnetic field on the dynamics of the laser plasma. Dr. Kasperczuk played a significant role in the interpretation and analysis of the results of these studies. Thanks to his efforts, many articles were published in prestigious journals which are still referred to by laser plasma researchers.

Since 2001, there have been new opportunities to conduct interferometric studies at the PALS (Prague Asterix Laser System) laser system in Prague as part of the Laserlab projects in which Dr. Kasperczuk took part as the main researcher. With his significant participation, a multi-frame interferometric system was installed and launched on the PALS which provided the team at the IPPLM with great opportunities to undertake effective research related to various areas of laser plasma applications, in particular research on the implementation of inertial fusion (ICF - Inertial Confinement Fusion) as well as the research related to the so-called laboratory astrophysics.

A new method of plasma streams generation proposed by Dr. Kasperczuk turned out to be a great success during the interferometric research at PALS. The application of a massive target made of a material with a relatively high atomic number (Z>29, Cu) allowed to obtain a single laser beam as a result of the interaction:
• supersonic plasma streams with speeds over 500 km/s,
• maximum electron concentration in a stream above 1019 cm-3,
• plasma beam lifetime over 2 orders of magnitude in excess of the pulse duration of laser radiation.
This method turned out to be competitive as opposed to very complicated methods applied to generate plasma streams through multi-beam illumination of conical targets which were implemented only on the largest laser systems in the world, namely Nova in Livermore and GEKKO XII in Osaka.

The expectations related to the application of this method, both in research on the implementation of inertial confinement fusion (ICF) and in astrophysical research, became the motivation to undertake intensive experimental research on the PALS system where Andrzej Kasperczuk played an important role.

Thanks to this method, space-time electron density distributions (the first published in world literature) were obtained, illustrating the processes of generation and movement of the shock wave brought about by the movement of the plasma stream in the gas, the analysis of which showed the possibility of scaling them to real astrophysical objects.

The last PALS research with Dr. Kasperczuk’s participation focused on the most promising concept of inertial fusion, namely the shock ignition. In these studies, a 3-channel polar-interferometer illuminated by a femtosecond laser was applied, which made it possible to obtain information on the distribution of the magnetic field and electron concentration with very high temporal resolution. This enhanced the identification of the anomalous processes responsible for generating hot electrons which transport the energy of laser radiation to the wave initiating thermonuclear ignition.

For his interferometric studies carried out at the PALS system, Dr. Kasperczuk was twice awarded the Director's Award - including the first degree award in 2013.

The scientific achievements of Dr. Kasperczuk encompass over 120 publications, mainly from the Philadelphia list, including a large number of publications with him as the first author.

The Doctor's activity was not limited to research only. He also actively participated in organizational work. For two years he was the deputy director of the Experimental Department established at the IPPLM and created the foundations for the technological base of the Institute.

We will remember Dr. Andrzej Kasperczuk as a righteous and noble man with invaluable features of character. He was characterized by gentleness, peace and kindness. We appreciated his involvement in the Institute’s life regardless of the area concerned. Collaboration with him was always very fruitful, and its results enriched the development of the subject matter.

He will remain in our memory forever.