EFPW2016: What we haven't know yet about nuclear fusion? 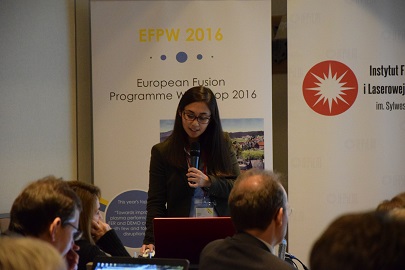 It is not always easy to thoroughly analyze the past and think strategically about the future. However, the scientists from the leading plasma centers of Europe took this challenge with purpose of further continuous development of science in the field of nuclear energy. It was conducted in terms of conference organized by IPPLM ‘European Fusion Programme Workshop 2016 (EFPW2016)’ held in Zakopane in November 2016.

‘We gathered here in order to talk about what we still don’t know about nuclear fusion and what we still should learn’– this is how the managing director of the EUROfusion Consortium Tony Donné started the speech. The leading subject was ‘Towards improved plasma performance in ITER and DEMO consistent with few and tolerable disruptions’, which was discussed in five thematic session: Improved pedestal; Paths to improved core fuelling while controlling impurities and He ash; Paths to reduced core heat transport; Disruption avoidance; Scenario integration.