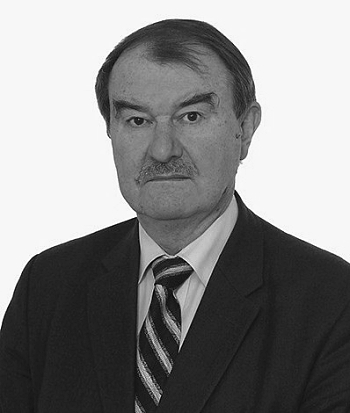 I regret to inform you that on 14 August 2022 Dr. Zygmunt Składanowski, a long-term (1993-2010) director of the Institute of Plasma Physics and Laser Microfusion, passed away.

Zygmunt Składanowski graduated from the University of Warsaw, Faculty of Physics, in 1963, majoring in the theory of the atomic nucleus (scientific advisor Prof. Janusz Dąbrowski, specialist in the field of nuclear matter theory). He was an assistant to Prof. Dąbrowski and ran, among others, practical classes in thermodynamics.

In 1970, Zygmunt Składanowski started working at the Military University of Technology. He was employed in the Nuclear Physics Group as an assistant professor already as a doctor of physical sciences; in 1969 he obtained a doctorate in physical sciences on the basis of the dissertation The binding energy of lambda particles in nuclear matter, the scientific advisor was again Prof. Janusz Dąbrowwski. Dr. Składanowski continued his research in the field of nuclear physics, and began research under the supervision of Prof. Sylwester Kaliski in the field of plasma physics and nuclear fusion. During this period, he taught nuclear physics to students of the Military University of Technology.

In the following years, he dealt with laser plasma (in terms of theory and numerical modelling) - from 1976 at the IPPLM, where he initially held the position of assistant professor.

In 1993, Zygmunt Składanowski became the director of the IPPLM and held this position for the next 17 years. The nineties were a difficult period in the history of the Institute. The main task of the director at that time was to ensure the material existence of the IPPLM and rebuild its scientific position. Dr. Zygmunt Składanowski met these challenges. In 2005, the Institute joined the EURATOM Community nuclear fusion program, with an established position in Poland and abroad.

We will remember Dr. Zygmunt Składanowski, the IPPLM director, as a person with good relations with his colleagues, having a great sense of humour, warm and friendly towards others.

I express my sympathy to the children of Kamilla Składanowska and Zygmunt Składanowski - Aurelia and Filip.