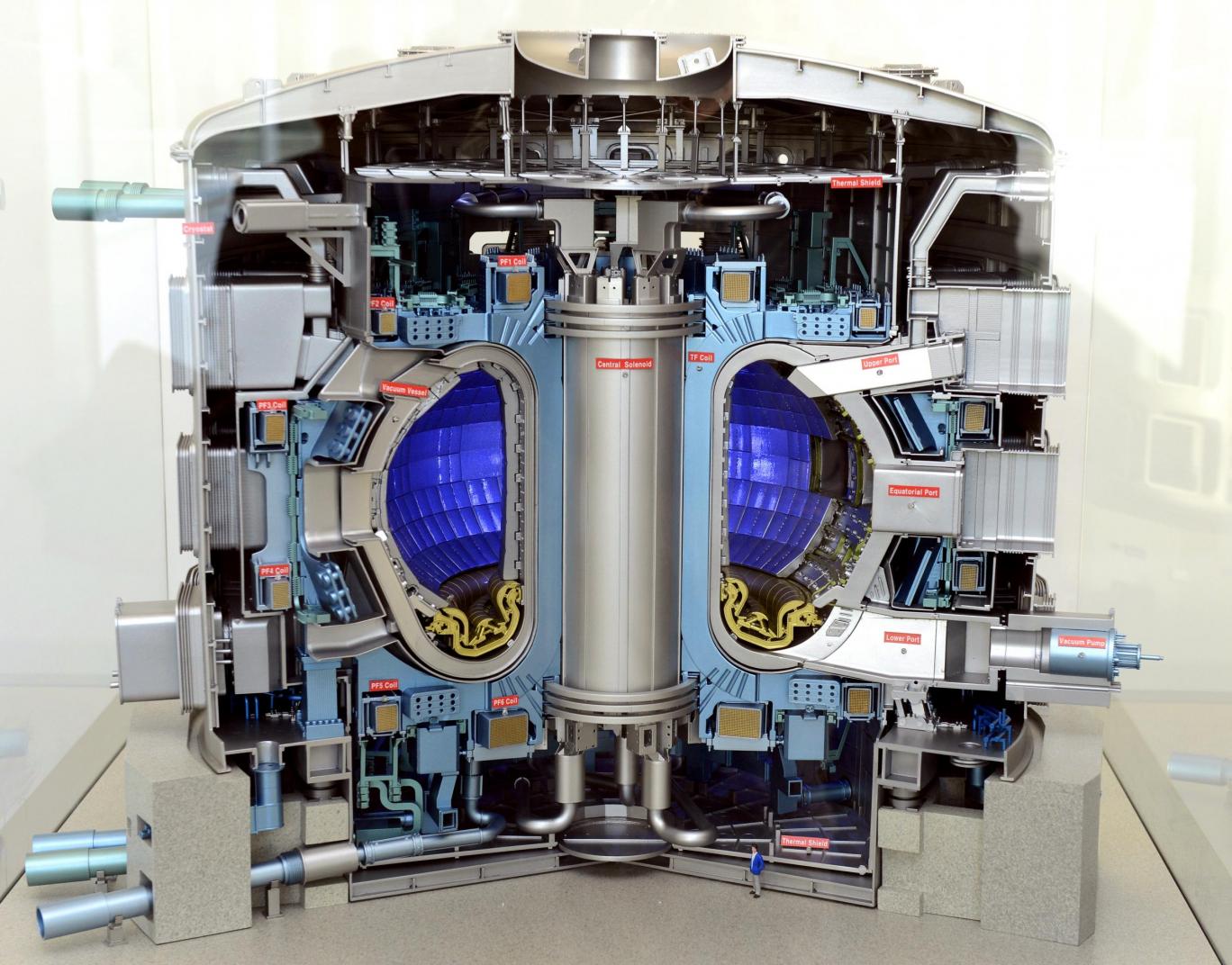 The scientist in charge of Europe’s drive to harness a revolutionary new form of energy has accused Theresa May of risking its development by putting up a “new political wall” between researchers. Professor Tony Donné said Brexit and the UK’s decision to withdraw from the EU’s atomic agency would mean a “strong negative impact” on ground-breaking nuclear fusion research.

UK and EU scientists are collaborating under his programme to be the first to make a major breakthrough on fusion technology, which mimics processes at the core of the sun and promises a new era of clean, safe and cheap energy.

Speaking exclusively to The Independent, Prof Donné said Brexit had “only losers in fusion research” and went on to put up a staunch defence of EU free movement as a way of harnessing the collective knowledge needed to make its success a reality. His intervention follows attacks from other scientists and doctors arguing withdrawal from the Euratom agency risks the UK’s power supply, life-saving cancer treatments and plans to make all cars on British roads electric. A survey of specialists said retaining links to the agency should be a high priority.

Prof Donné is the programme manager for EuroFusion, the umbrella organisation of Europe’s fusion research laboratories. He said: “Brexit has only losers, as it will have a strong negative impact on European, UK and international fusion research.” Currently nuclear reactors produce power by fission, splitting uranium atoms and harnessing the energy released to drive turbines and generate electricity. But scientists know it would be more efficient to actually force hydrogen atoms together through fusion, producing four times as much energy, with helium the only by-product, and removing the toxic waste created by fission.

At the international ITER project in France, EuroFusion and other scientists are trying to build a huge magnetic ring that can force heavy hydrogen isotopes to fuse together at temperatures up to 150 million degrees Celsius, for operation in 2025.

Prof Donné set out how fusion scientists during the Cold War helped inspire Ronald Reagan and Mikhail Gorbachev to start ITER and more recently brought Russian and Ukrainian academics together despite the problems between those countries. He said: “Unfortunately, almost at the same time when Ukraine became associate member of Euratom, Theresa May announced a new political wall, Brexit. “This causes a new hurdle for the fusion scientists as the United Kingdom is one of the key players in European and international fusion research.”

Days after immigration data revealed the number of EU nationals coming to the UK plummeted, he argued free movement is critical to gain and retain skilled scientists and engineers. One project Prof Donné claims is immediately threatened when the UK falls out of Euratom and the EU is the Joint European Torus scheme hosted in the UK at Culham near Oxford. JET, commissioned by Euratom, is Europe’s main ongoing nuclear fusion experiment and is integral research for making Iter a success in proving fusion energy can work on an industrial scale.

The decision to leave Euratom is believed to be largely driven by Ms May’s desire to remove the UK from all areas of jurisdiction of the European Court of Justice, which oversees the nuclear agency. But under pressure from MPs, including enough on the Conservative benches to cause an upset in the Commons, it has signalled a potential softening, emphasising a “strong, mutual interest” in ensuring the UK work closely with Euratom. Brexit Secretary David Davis has said that an “association agreement” may even be possible, but has been clear the UK will not sign up to any mechanism which gives the ECJ oversight over UK affairs. A Government spokesperson said: “We have been clear that we want the UK to remain the best place for science and innovation.  As a key contributor to the EU’s nuclear fusion research programme, we will be working closely with our EU partners to ensure international collaboration in this field continues. “That’s why the Government has pledged to meet its fair share of funding for the JET project until the end of 2020, should the EU extend the contract to host the Oxfordshire-based JET facility beyond 2018.” But UK Atomic Energy Agency chair Professor Roger Cashmore has warned leaving Euratom will leave no framework for transporting nuclear materials between Britain and the EU, with a risk the UK could run out of fuel within two years – just as Britain increases its reliance on nuclear energy.

Professor Martin Freer, one of Britain’s leading nuclear physicists, told The Independent earlier this month the “shortsighted” decision to quit Euratom would also hit the UK’s nuclear-driven power supply, just as demand for electricity explodes due to a soaring number of battery-powered cars – the Government wants to ban all petrol cars by 2040. Martin McKee, professor of European public health at the London School of Hygiene and Tropical Medicine, warned in July that quitting would make it harder for the UK to access the isotopes for cancer treatments and medical imaging.

A survey of over 1,500 energy and nuclear specialists published by Prospect today showed 86 per cent thought keeping links with EU energy agreements is a high priority for Brexit negotiations, while 82 per cent called for the Government to opt to stay in Euratom or retain “associate membership”.